At this year’s annual luncheon, J Street Colorado is pleased to honor Dan Recht and Elaine Selsberg for their long-standing commitment to J Street. Dan Recht is an experienced trial lawyer who has spent his career devoted to and zealously defending civil liberties and constitutional rights. His background influenced his concern for protecting the rights of Israelis and Palestinians alike and led him and Elaine to J Street, where they have served as members of Colorado’s J Street Executive Committee for many years. Dan and Elaine are committed to a two-state solution and an end to the occupation.

Dan Recht has been successfully defending the criminally accused and constitutional rights in Colorado for over 30 years and is a founding partner at Recht Kornfeld PC. He began his career as a Colorado State Public Defender and has tried over 100 jury trials. Law Week Colorado designated Dan the “Best Criminal Defense Attorney” in Colorado for four consecutive years, and he has been included in every edition of Best Lawyers in America since 2006. He is also annually listed in 5280 Magazine as a Colorado Super Lawyer and has held the highest rating by Martindale-Hubbell for over 20 years. A frequent legal commentator, Dan regularly is interviewed by the Denver Post, CNN, FOX News, National Public Radio, the CBS Evening News, Nightline, The PBS News Hour and others. He is a former president of the Colorado Criminal Defense Bar and chair of the ACLU of Colorado.

Elaine Selsberg was the Executive Director of the Denver and Cherry Creek Sporting Clubs and on the national development team for The Sporting Clubs of America. She was proud to be part of the management team at the Robert E. Loup Jewish Community Center in the 1990s focusing on membership and marketing. Elaine has served on the board of the Rose Women’s Organization and Building Bridges. Most recently, she has dedicated herself to the fight for justice in the immigrant rights community. 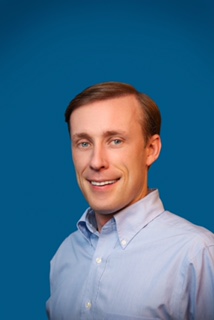 This year’s keynote speaker will be Jake Sullivan, distinguished fellow at Dartmouth College, Senior Fellow at the Carnegie Endowment for International Peace and partner at the consulting firm Macro Advisory Partners. Sullivan served in the Obama administration as Deputy Assistant to President Obama and National Security Advisor to Vice President Joe Biden from 2013 to 2014. He was Director of Policy Planning at the U.S. Department of State from 2011 to 2013, and deputy chief of staff to Secretary of State Hillary Clinton from 2009 to 2011. He later was Senior Policy Advisor on Clinton’s 2016 presidential campaign. Sullivan also serves as Co-Chair of National Security Action, a leading national security advocacy organization, and as a Trustee of the International Crisis Group. He holds a law degree and BA in international relations from Yale, and a M.Phil in International Relations from Oxford.

For questions or to RSVP, contact Cecilia Sibony at cecilia@jstreet.org.

Reserve your spot for the J Street Colorado Annual Breakfast