J Street was honored to meet with United Nations Secretary General Ban Ki-moon yesterday to discuss the historic nuclear agreement between world powers and Iran, and the vital need for a two-state resolution of the Israeli-Palestinian conflict. 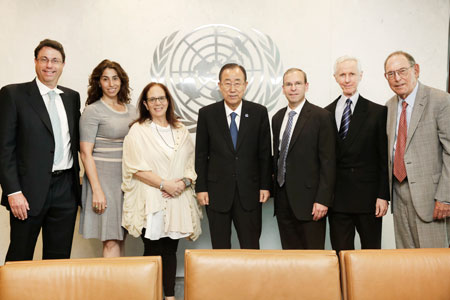 “It was a distinct honor to meet with the secretary general at this critical time for Middle East diplomacy,” said J Street President Jeremy Ben-Ami. “We were grateful to have had the opportunity to hear his commitment to the creation of a Palestinian state alongside a secure Israel, and to share our own perspective, as American Jews, about what the United Nations can do to advance a just and lasting peace.”