WASHINGTON—Three Members of Congress and 15 American Jewish leaders traveled to Israel and the Palestinian territory on a weeklong mission led by the J Street Education Fund (JSEF).

Representatives Diana DeGette (D-CO), Luis Gutierrez (D-IL), and Mark Takano (D-CA) joined the J Street delegation, which met with Israeli, Palestinian and American officials, experts and activists. The trip explored the tensions and hardships created by the recent outbreak of violence and the necessity of a two-state resolution to the Israeli-Palestinian conflict.

J Street’s seventh Congressional delegation included visits to a kibbutz on the Gaza border, a trip to the new Palestinian city of Rawabi and tours of settlements in the West Bank. Participants spoke with Israeli lawmakers at the Knesset, Palestinian officials in Ramallah and with representatives of the Israeli Foreign Ministry and the IDF. They met with Israel’s President, Reuven Rivlin, at his residence in Jerusalem. 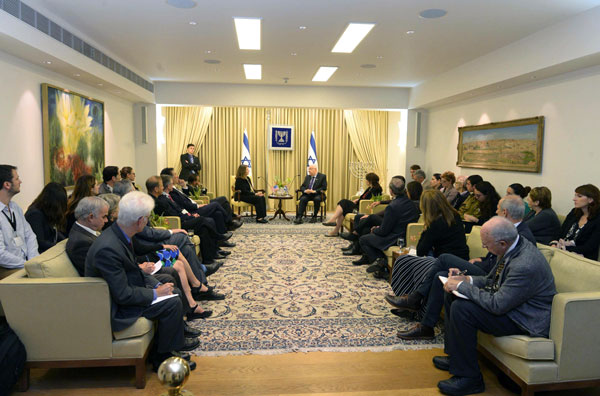 Participants also visited the Rabin Museum in Tel Aviv, paid respects at the Holocaust Museum of Yad Vashem and met with leaders of Palestinian civil society and of the Israeli peace movement.

In all, 31 Members of Congress have visited the Middle East with JSEF since the group’s first delegation in 2010.

JSEF is a 501(c)(3) corporation whose mission is to inform policymaking and public discussion about the need for a two-state solution to the Israeli-Palestinian conflict, to raise the visibility of mainstream pro-Israel, pro-peace voices within the American Jewish community, and to promote open, dynamic, and spirited conversation about how to best advance the interests and future of a Jewish, democratic Israel. 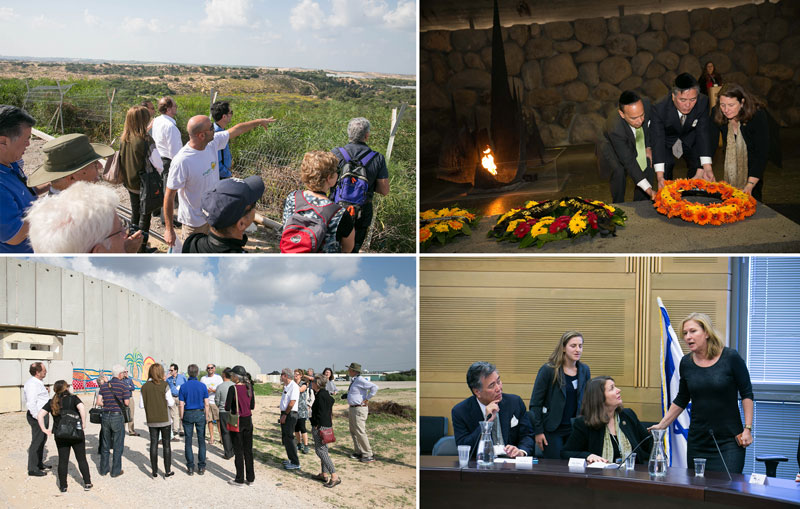