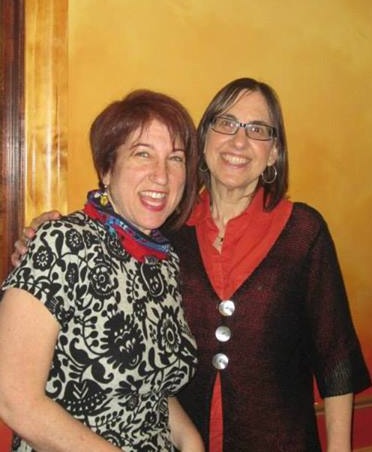 This month, we sat down with J Street Central New Jersey Co-Chair Debbie Schlossberg, who is stepping down from her position after four years of dedicated service. Debbie is a J Street All-Star, and we are so grateful for all that she has done to build support for two states in her community. Thank you for all of your hard work, Debbie!

J Street: How did you become involved as a pro-Israel, pro-peace, pro-democracy activist?

Debbie: I grew up in New Jersey and became a Zionist at a very young age–probably starting with my very first trip to Israel. I made aliyah in the 1980’s after I completed graduate school. I lived in Israel for a decade, married there and our kids were born there. It was a wonderful time to be there and also a time of tremendous upheaval. Scud missiles were flying in–we had gas masks at the ready.

When our family decided to move back to the states and our kids got a little older, I searched for a way to live out my progressive Zionist passions. They didn’t go away just because I moved back here. I became involved with Brit tzedek v’Shalom, and then with J Street when it incorporated Brit tzedek.

J Street: What do you think the role of American Jews should be in promoting peace?

Debbie: Silence is never silence. It’s really a vote in some direction.

I remember I was studying at Hebrew Union College during the first Lebanon war. It was a time of great and growing dissent in the community, and I was encountering for the first time in my life many of the questions that we are still asking today–about the right of Diaspora Jews to speak out.

By the time I made aliyah, I had a pretty firm belief in the right and responsibility of American Jews to speak their minds. I didn’t question this right just because I was living in Israel. After all, I knew Israel wasn’t monolithic–I had friends from across the political spectrum. But it wasn’t polarized like it was here. Everyone expected to have differences of opinion. If we argued, it never felt personal.

J Street: What have been some of the highlights of your years as chair?

Debbie: It’s been an action-packed few years. So much has happened. We started from nothing and really put ourselves on the map. I’ve absolutely seen in our community and in so many communities, much more openness to J Street. I’ve seen it with rabbis and community leaders. And we’ve had a really strong ally in [Congressman] Rush Holt.

Of course, there’s still so much work we need to do. We represent the majority of American Jews, but there’s not enough passion. We need to wake people up, fight for our values. We need to keep working to engage the next generation, or we will lose them.

J Street: Why is a two-state solution necessary for Israel?

Debbie: The two-state solution is not only necessary, but I think it’s really, really urgent. That’s something that absolutely keeps me going. There are plenty of reasons and plenty of moments to become frustrated and disappointed. But then when you think of the alternative, that we fail or that we give up, it’s unbearable. If you care, you have to keep going.