Yesterday, we lost Shimon Peres. He was a visionary member of Israel’s founding generation, a dedicated and value-driven leader and, particularly in his later years, a friend of the pro-Israel, pro-peace, pro-democracy movement.

While we mourn his passing, we have been comforted by the beautiful words extolling Peres’ life and legacy from Israeli and American political leaders. We thought we’d share some of them, in the hopes that they provide some solace as we reflect on Peres’ many contributions — and after reading through these posts, we’ve provided instructions for how you can share your own condolence message. 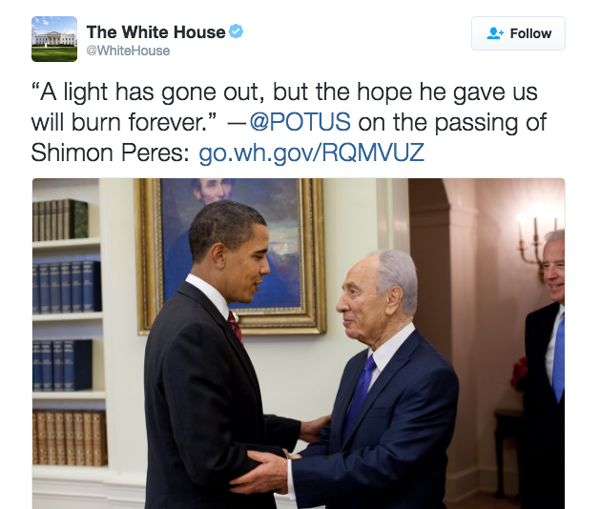 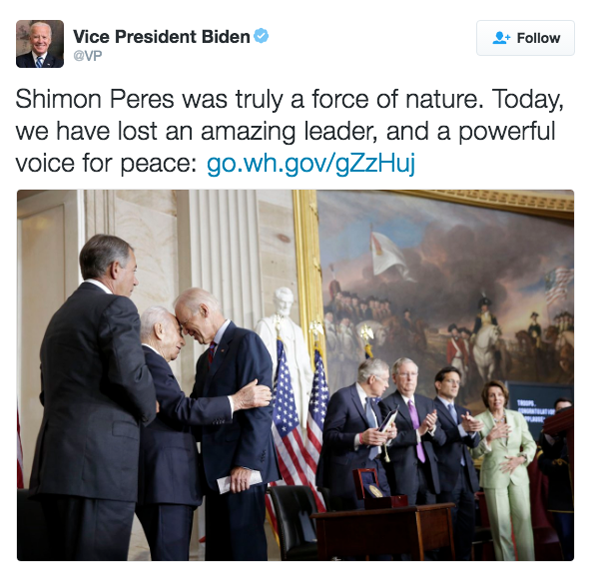 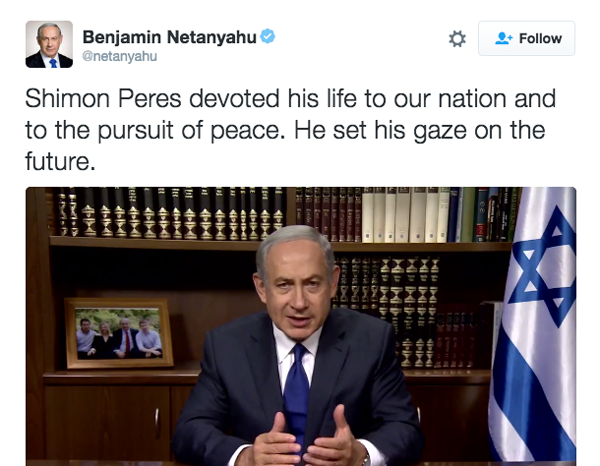 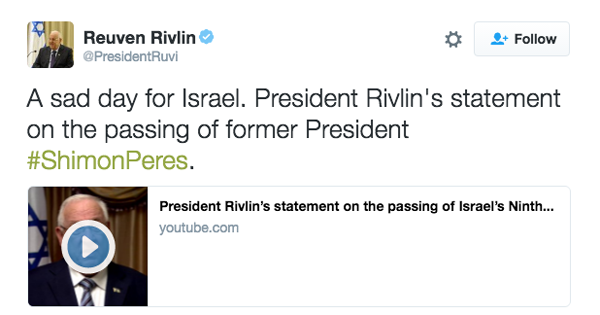 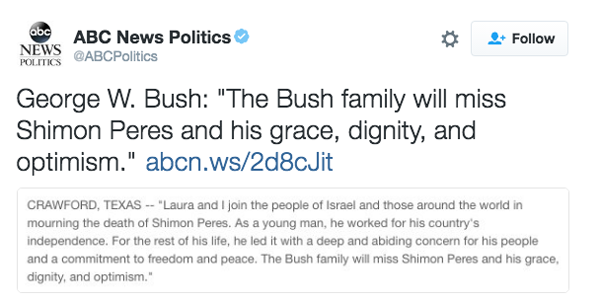 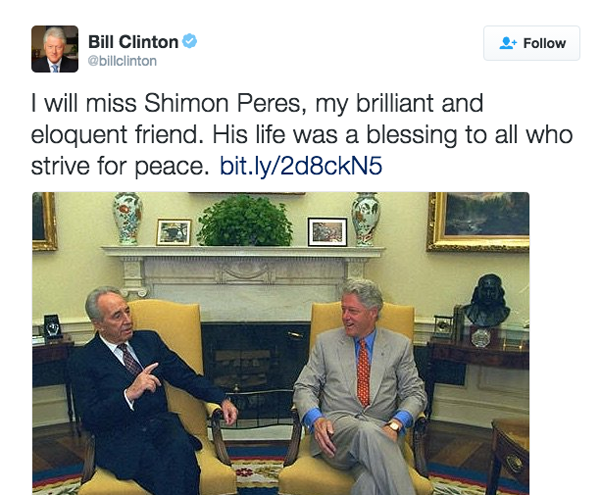 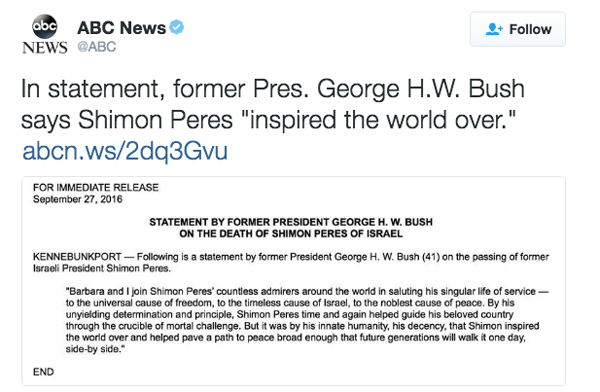 As each of these statements make clear, Peres was committed to the unfinished project of peace between Israelis and Palestinians.

That’s one reason our supporters felt so close to Peres. It’s why we want to let you know that you can send your condolences to the Israeli Embassy.

We invite you to click here to share your own personal message about what Shimon Peres and his commitment to peace meant to you.

The Israeli Embassy is collecting responses to make a commemorative book as a testament to Peres’ life and legacy. As we recount his many achievements and incredible career, we must recommit to fulfilling his dream of two states for two peoples and the vibrant future it would herald for all peoples in the region.