A Secure Israel: How We Can Address the Challenges of Today and the Future

Join J Street President Jeremy Ben-Ami and JINSA President Michael Makovsky as they discuss the security challenges facing Israel and what the United States can do to help ensure the future security and safety for the Jewish homeland. 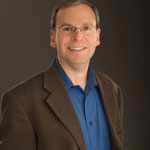 His political resume includes serving in the mid-1990s as the Deputy Domestic Policy Advisor in the White House to President Bill Clinton and working on seven Presidential and numerous state and local campaigns. He was Howard Dean’s National Policy Director in 2004 and helped manage a Mayoral campaign in New York City in 2001. For nearly three years in the late 90s, Jeremy lived in Israel, where he started a consulting firm working with Israeli non-profit organizations and politicians. He was chosen by America’s weekly Jewish newspaper, the Forward, for three years as part of the Forward 50, their compilation of the most influential Jewish Americans. He was one of 50 “People of the Decade” selected by Ha’aretz, the influential Israeli daily newspaper, and the Jerusalem Post included him in its list of the 50 Most Influential Jews in the world. Ben-Ami received a law degree from New York University and is a graduate of the Woodrow Wilson School of Public and International Relations at Princeton University. 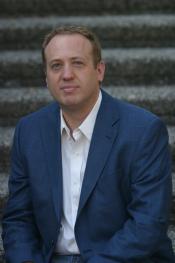 From 2006-2013, Makovsky was the Foreign Policy Director for the Bipartisan Policy Center where he managed projects on a new U.S. policy toward Iran’s nuclear development, a new U.S. strategy toward Russia, how to augment U.S. Government capacity in stabilizing fragile states such as Yemen, devising a new bipartisan U.S. foreign policy, and how to make strategic public diplomacy an effective tool of U.S. foreign policy in Egypt and elsewhere.

Makovsky served as special assistant in the Office of the Secretary of Defense, and was Director of Essential Services in the Washington office of the Coalition Provisional Authority, the postwar Allied entity that governed Iraq, advising senior Defense, National Security Council and Energy officials on Iraqi and Middle Eastern energy policy. Prior to his work in the Pentagon, Makovsky worked as a senior energy market analyst for various investment firms, and is founder and president of MSM Consulting LLC, an energy and political risk consulting firm.

Makovsky has a Ph.D. in diplomatic history from Harvard University, an MBA in finance from Columbia Business School, and a B.A. in history from the University of Chicago.