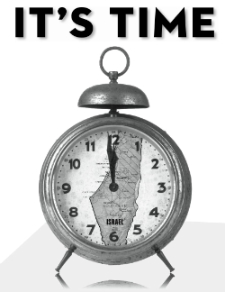 We ran a full-page ad in the New York Times today. Click here for a PDF of the ad. The full text of the ad is below.

Friendship between Israel and the United States is based on common interests and shared values.

For the U.S., it’s a matter of national security. So says the commander of American forces in the region, General David Petraeus.

For Israel, it’s existential — the only way Israel can remain both Jewish and democratic. So says its Defense Minister Ehud Barak.

It’s time for the Obama administration to seize the opportunity for bold leadership — putting concrete plans for a two-state solution on the table with the sustained commitment of the United States behind them.

It’s time for the Palestinians to end incitement to violence.

It’s time for Israel to stop allowing extremist settlers and their sympathizers to endanger not only the friendship of the United States, but also the very future of Israel.

Time is running out.