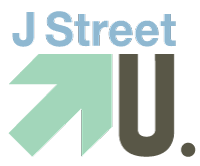 To the Leaders of the American Jewish Community,

Like you, we are concerned about the growth of the BDS movement on college campuses. Far from an abstract question, this is a live issue for us: as college students, campuses are our home.

That's why we're dismayed by reports that representatives from several of your organizations will attend a closed-door anti-BDS summit this weekend, hosted in Las Vegas by major donors including Sheldon Adelson.

Since our creation, J Street U has worked to oppose the global BDS movement. We take on this fight because, fundamentally, the movement fails to acknowledge Israel’s right to exist or the Jewish people’s right to a state.

Rejecting the national aspirations of the Jewish people and their basic right to a homeland is unacceptable. The same is true for the aspirations and rights of the Palestinian people.

What we know from our actual experience on campuses is that, so often, students aren't drawn to support BDS because they reject the existence of Israel; they come to support BDS out of a genuine frustration with the ongoing tragedy of the Israeli-Palestinian conflict and the 48-year Israeli occupation.

Only honestly acknowledging the reality of occupation, and offering an alternative path of real advocacy toward a peaceful solution, will convince progressive students to reject BDS.

But in meeting behind closed doors, without student input, your organizations are doubling down on a failed strategy: pouring huge amounts of donor money into efforts that lack substance and actively downplay the occupation and key questions facing Israel today.

When you ask students to ignore the occupation and passively accept the status quo, while denying that there is a pro-Israel pro-peace alternative, you are actually driving them to support BDS.

You make the choice even starker when you ally yourselves with people like Sheldon Adelson, who express nothing but contempt for Palestinians, for the two-state solution, and for the values and beliefs held by the majority of American Jews. As BDS seeks to caricature Israel’s supporters as racist extremists, these voices only make their job easier.

So our communal leaders — you — need to decide: do you want to defeat BDS and secure Israel’s future, or do you want to ignore the occupation and push tired PR efforts?

Should we listen to the voices of students actually dealing with BDS on campus, or cater to right-wing donors like Sheldon Adelson?