I’m writing this from Israel, where I’ve been traveling with J Street’s leadership and congressional delegation.

Right now, it’s both an important and frightening time to be here in the region. Just a few days ago, our delegation traveled close to the Gaza border, meeting with the residents of Israeli communities. Not long after our visit, we began to see another disturbing new flare-up of violence — including mortar attacks launched by Islamic Jihad and Hamas, targeting civilians in those towns and cities along the border.

It’s been an important reminder of the costs of this ongoing conflict — and of the danger that it could spin further out of control.

As an informal ceasefire appears to have been reached, we strongly hope that it will hold — and that leaders will take urgent steps to reduce tensions and help resolve the underlying crisis. You can read our full statement on the situation here.

While we will continue to actively monitor these developments, I wanted to highlight for you another flashpoint on our visit: the Palestinian village of Khan al-Ahmar. Located in Area C of the West Bank between Jerusalem and Jericho, the community has roots extending back many decades. In the early 1950s, its residents were forced out of their Negev Desert village of Tel Arad, and made their way to the land where they currently live.

Last week, Israel’s high court approved the government’s plans to demolish the village and force its residents out of their homes. The demolition plans have been heavily promoted by the settlement movement, which aims to open up the area for further settlement expansion. If carried out, the plans would destroy the entire village — including the local school that serves the greater community, painstakingly built from rubber tires and mud in 2009.

Meeting with the village’s residents was heartbreaking — driving home the human costs of Israel’s demolition policy. A community leader greeted us with two documents in his hand. In one, he held the demolition order from the Israeli authorities. In the other, he held a letter from the Palestinian owner of the land near East Jerusalem where the community may be forced to relocate — refusing them permission to move there. 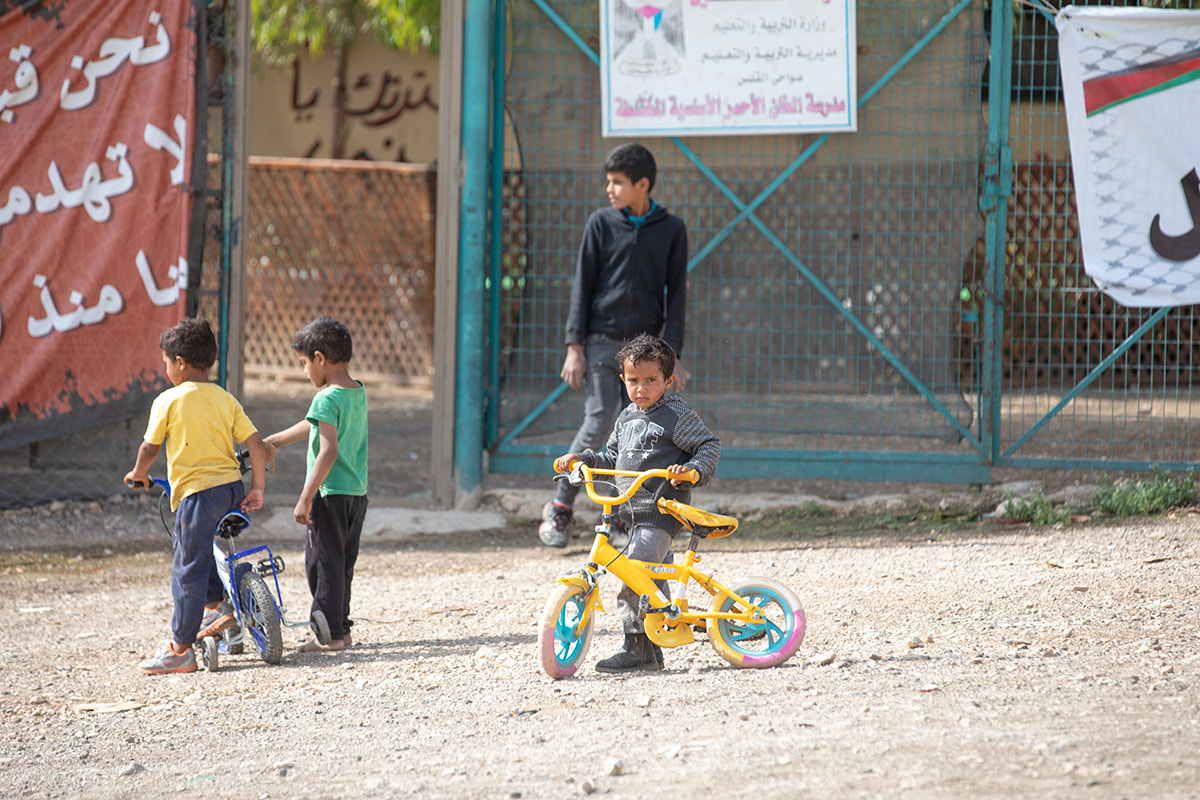 Quite literally, the residents of these villages are trapped. They aren’t asking for a lot: a home for their families, a better life for the next generation and hope for a future that won’t be crushed by bulldozers.

As a group, we also discussed how demolitions across Area C deliberately jeopardize the prospects for a two-state solution. Khan al-Ahmar is located in the vicinity of the E1 corridor — an area that the settlement movement hopes to use as a land bridge to connect Jerusalem with the major settlement bloc of Ma’aleh Adumim.

For the settlers and their partners in Israel’s government, razing these villages is one component of a strategy to solidify occupation, pursue creeping annexation and prevent the creation of a Palestinian state alongside Israel. 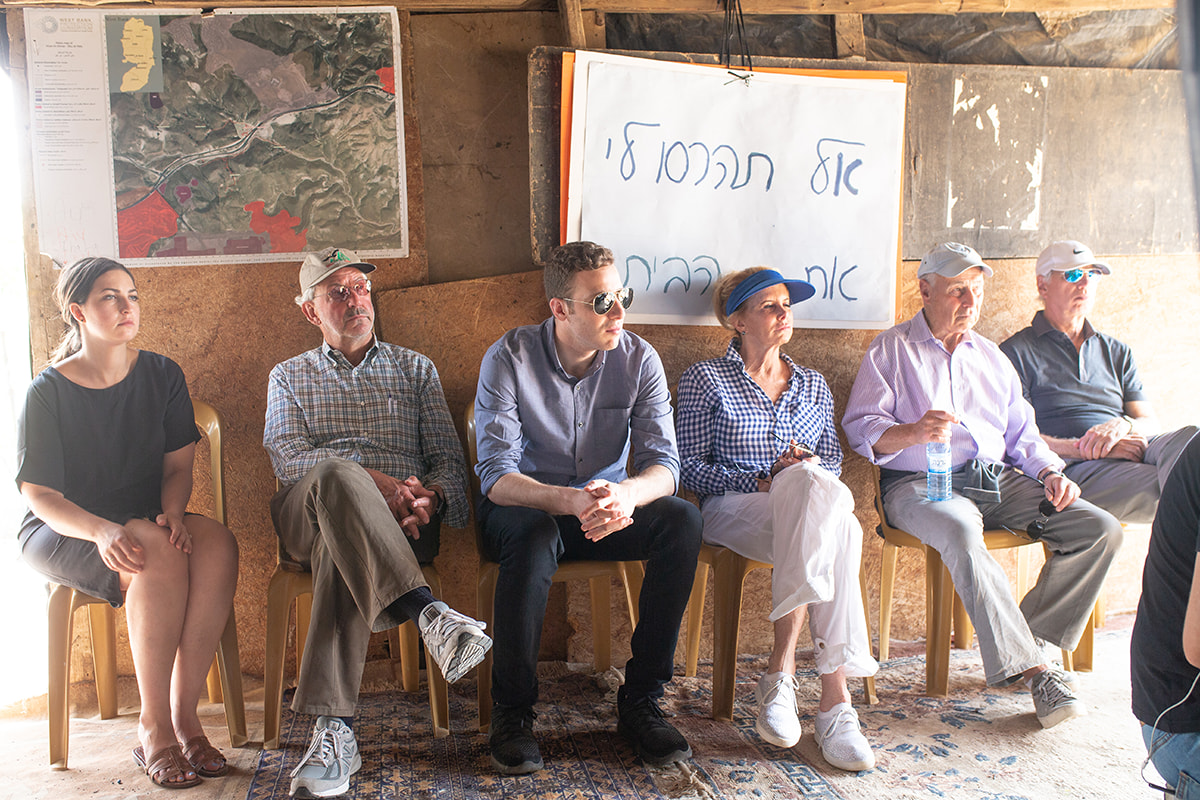 This visit bolsters our resolve to keep working to stop demolitions like these from moving forward across the West Bank. Over the past year, through our student-led “Stop Demolitions, Build Peace” campaign, we’ve partnered at-risk villages in the West Bank with J Street U chapters on college campuses across America.

Time and again, residents in Khan al-Ahmar and other villages have emphasized to us how vital it is that we raise awareness of their situation and push our elected officials to act and speak out. Particularly at this moment, when hope of appeal to the Israeli legal process seems to have run its course, it’s vital that we do everything we can to raise the alarm. International outcry may be these communities’ last hope.

In recent months, we’ve worked hard to highlight this issue in our communities and in Congress — and we’ve seen some encouraging and important breakthroughs. In both houses of Congress, members are speaking out.

Late last year, Senators Bernie Sanders and Dianne Feinstein, supported by eight other senators, wrote to Prime Minister Netanyahu to urge him to reverse course on demolitions, warning about the consequences of ongoing settlement expansion. Just last week, 76 representatives, led by Reps. Jan Schakowsky and John Yarmuth, echoed that message in a letter of their own. Both letters specifically warned against demolitions in Khan al-Ahmar.

Our movement advocated proudly for these important messages from Congress, and our work is far from done. In the coming days, you’ll be hearing more from us on how you can stay engaged and take action to push back on these demolitions. 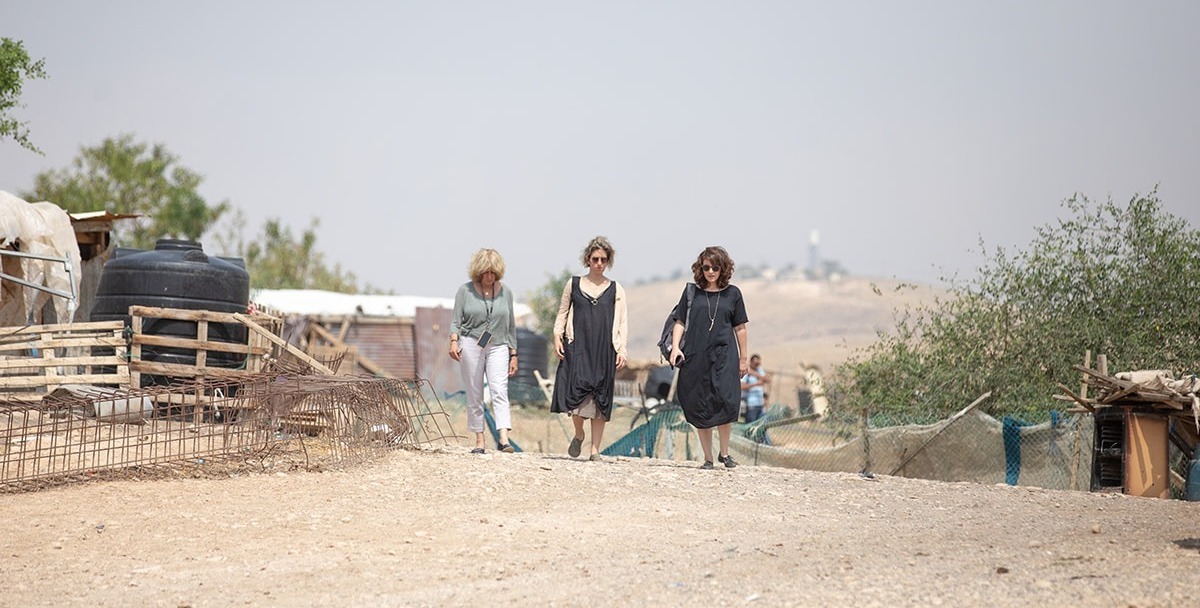 As we saw in Khan al-Ahmar this week, the safety and future of these communities hangs in the balance — as do the prospects for a two-state solution and a better future for Israelis and Palestinians alike. We can’t look away from what’s happening.