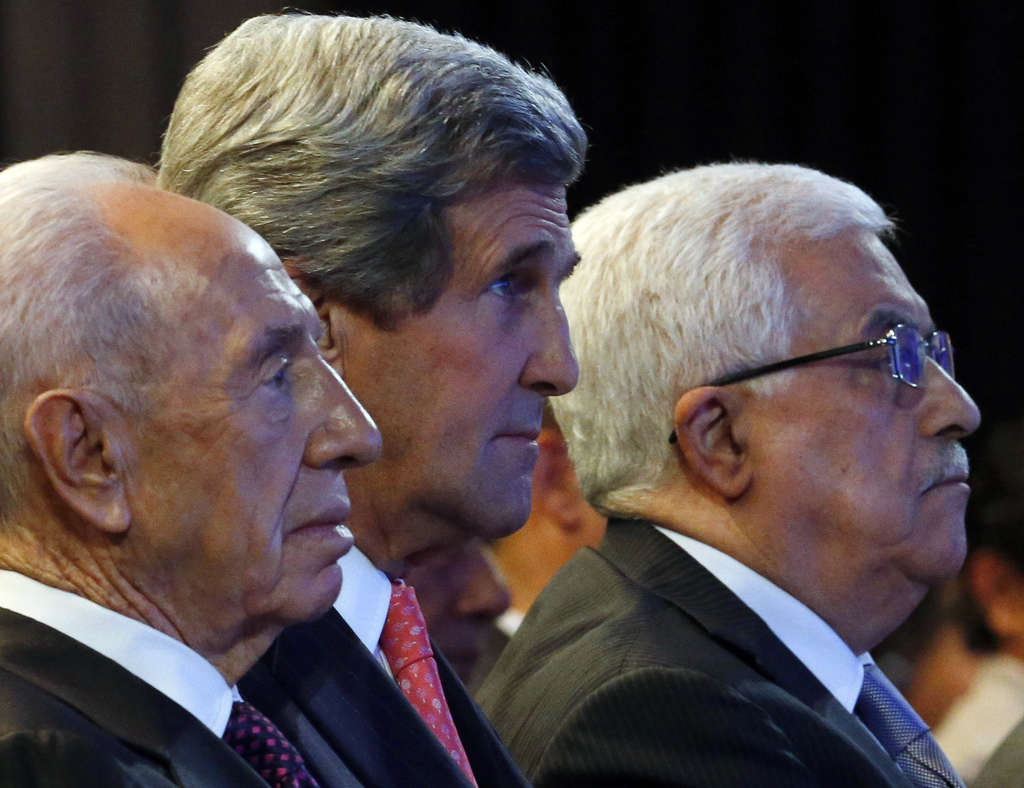 Secretary of State John Kerry’s efforts aimed at jumpstarting diplomacy to reach a two-state solution are running into a buzzsaw of negativity.

I’m not surprised when the negativity comes from opponents of a two-state solution.  They don’t see ending the conflict as either an existential necessity for Israel or an American national interest.

But when the intense negativity and cynicism comes from those who purport to share the Secretary’s end goal, it irks me.

Recently, pundits and analysts seem to be falling over themselves to find new ways to demean the Secretary’s efforts.  Tilting at windmills, they say.  Naïve, they call him.  Misguided…  and worse.

These so-called “experts” claim the chances of success are so low the Secretary shouldn’t bother trying.  The timing isn’t right.  The leaders aren’t ready.  The Secretary should focus on Asia or engage more on Syria and Egypt.

Well, allow me to say that I’ve had enough of the skeptics and critics – particularly those who claim – even as they criticize the Secretary for his efforts – to recognize the importance of reaching peace and a two-state solution.

What messages are the skeptics conveying?  That when something is hard, you shouldn’t try?  That it’s only worth taking on the easy and painless tasks of foreign policy, or those where success is guaranteed?

One of the greatest obstacles Kerry faces may not be the minority that opposes his work, but rather the scourge of skepticism running through those who support it.

What do the naysayers have to say about the likely costs of inaction?

Imagine if the Secretary were to simply walk away, and the Palestinians headed to the International Criminal Court and other international bodies, seeking recognition of their rights and international action against Israel.

What then? Congress has threatened to cut aid to the Palestinian Authority (and maybe to the UN bodies who accept them), the Israelis could be expected to launch a new wave of settlement construction (E-1, anyone?), and Palestinian tax revenue could again be withheld.

With the Palestinian Authority already struggling to make ends meet, what happens when it can’t? Do the Israeli Defense Forces re-enter West Bank cities?  If the PA stopped collecting garbage, does Israel resume full responsibility for West Bank services?

Through all of this, tension would rise, demonstrations might break out and we could be on the road to a third intifada.

What would these same pundits say if the West Bank descends into chaos and violence?  No doubt they would criticize the Obama administration and Secretary Kerry for their failure to engage and their hands-off approach.

Sure, let’s agree that the odds of success for the Secretary’s efforts are long.  If solving the conflict were easy, it would have been done long ago.

And I can relate to the frustrations of friends and colleagues who have worked for decades to end this conflict and are devastated that it continues to fester despite their hard work.

Setting expectations low for success makes sense and perhaps even minimizes some of the risks of failure.

But from those who seem to be saying it’s not even worth trying – much less trying hard – I want to know what they would have said to those who tackle the great challenges of human history?  That it’s not worth trying to invent a way to fly?  There’s no way to find a cure for cancer?  We can’t possibly stop global warming so why try?

What would they have said to the Martin Luther Kings, to the Nelson Mandelas, to the Gandhis?  Don’t bother; the forces you’re up against are too powerful? Don’t waste your time?

The atmosphere around the Secretary’s efforts impacts its chances of success.

And I’m beginning to think one of the greatest obstacles he faces may not be the minority that opposes his work, but rather the scourge of skepticism running through those who support it.

What we need from those who recognize the importance of the Secretary’s work isn’t a recounting of the reasons why this may not work but their help in building momentum and pressing the leaders on all sides to make it a success.