All the polls and pundits ahead of Tuesday’s elections predicted a striking shift to ultra-right wing and religious parties. Instead, the middle-class reasserted its strength, wrenching the political balance of power back slightly to the center.

We still don’t know exactly what kind of coalition Benjamin Netanyahu will form or who will get key posts in the government, and we may not find out for several weeks – but here are a few key take-aways from the election:

We should take heart that the centrist heart of Israeli politics is alive and well, and the seemingly inexorable rise of the ultra-right has been halted. There remains a solid majority in Israel for a two-state solution. Netanyahu’s do-nothing policies were rejected by both the right and the left. Given the circumstances, this result is almost the best we could have hoped for and far better than expected.

An ultra-right wing government stacked with backers of the settlement movement would have made it very difficult to make progress toward a two-state solution. A broader, center-right coalition including some prominent supporters of a peace deal opens a window of opportunity for President Obama to launch a new initiative to solve the conflict with the Palestinians. The State of the Union Address on February 12 presents an early opportunity to make his intentions clear.

There is now a window of opportunity where many saw little hope before.

As soon as the new coalition is in place, Secretary of State Kerry should visit the Middle East to lay the groundwork for renewed diplomacy, as he intimated he might in his confirmation hearing yesterday.

We will then urge the President to put forward his own blueprint and timetable for an agreement and to visit Jerusalem and Ramallah later this year to kick-start the process.

We know our President is committed to this goal – and we intend to help him achieve success in every way we can.

Join us now in calling on the President to reaffirm his commitment to lead the way to a two-state solution in the State of the Union by clicking here. 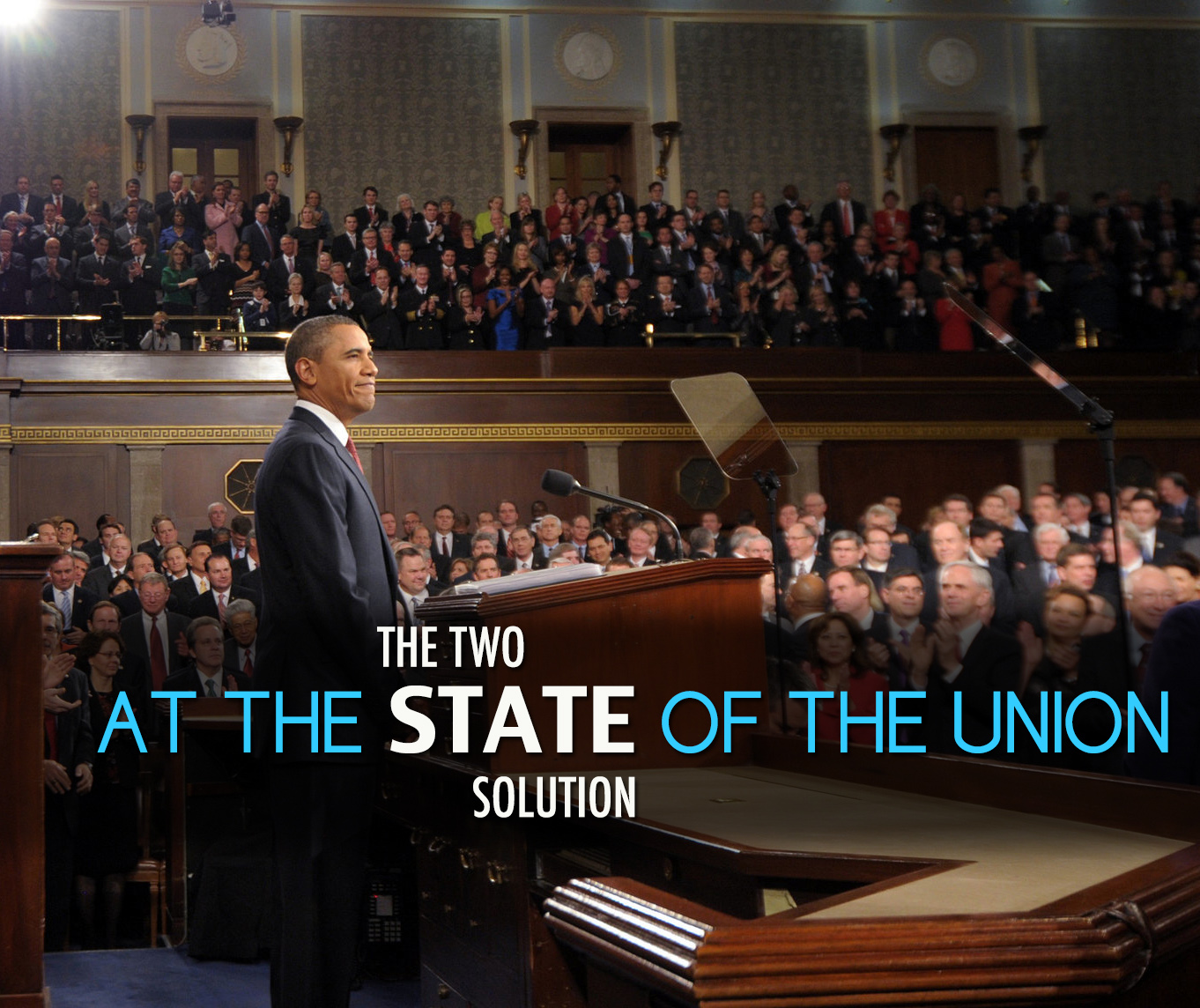 This is one of ten actions we’re taking this month – each takes less than ten minutes of your time – to advance the cause of two states for two people.

Join us in this 10 x 10 campaign – and multiply our impact by sharing this message with your friends today.