J Street (and our Future of Pro-Israel campaign) has had a strong presence at the Democratic Convention, after being in Tampa for the Republican Convention last week.

We co-sponsored two standing-room-only panels yesterday – one exploring myths and realities surrounding the Jewish vote with Bend the Arc, and the other on the path to Middle East peace, with the Arab American Institute.

The panels featured Members of Congress – including Jan Schakowsky, Steve Cohen and Keith Ellison – who all spoke strongly about the importance of achieving a two-state solution and of removing the political obstacles that stand in the way of that goal.

All told, hundreds of Convention-goers, including members of Congress, party officials, and delegates, attended the two sessions. The Jewish vote panel was written up in the Economist, and you can watch the Middle East peace session on the AAI website.

You would be proud of J Street’s visible presence on the streets of Charlotte as well.

Over the past two days, dozens of J Street U students and J Street Local volunteers have been everywhere around town in their Future of Pro-Israel t-shirts, handing out information on our campaign and raising our political voice.

The reception has been fantastic. Everyone I run into has seen our people and is impressed by the amazing growth in our visibility and activism in just four years since the last Presidential election.

However, you can’t watch either Convention without concluding that the bipartisan political gamesmanship around Israel remains – to say the least – distressing. 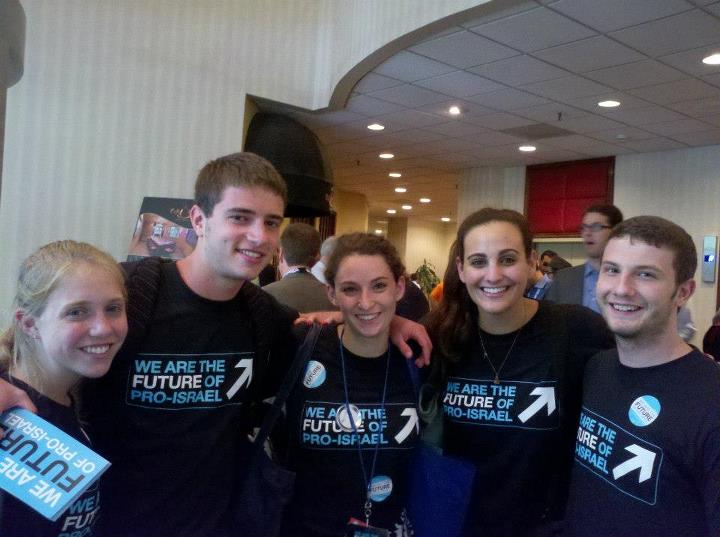 Republicans during their Convention focused on trying to paint President Obama as unsupportive of Israel and as having “thrown it under the bus.”

The charges are patently absurd – debunked effectively this morning by Haim Saban in the New York Times and last week by Joe Klein in Time Magazine (highlighted on our rapid response site).

The charges, however, force Democrats into a defensive crouch leaving them trying to outdo Republicans in sounding hawkish and militant to cement their pro-Israel credentials.

Even the head of the Center for Middle East Peace, former Congressman Robert Wexler, told only half the story when he focused nearly the entirety of his five-minute speech to the Democratic Convention on a defense of the President’s strong military and security relationship with Israel – barely mentioning the need for two states and peace.

No one has yet taken the stage to acknowledge what many of Israel’s own top leaders have said: that American leadership toward a two-state solution advances a goal that is essential to Israel’s long-term survival and security as Jewish democracy.

Peace, diplomacy, two states – they’re all missing in action here in Charlotte as well as in Tampa. That’s bad for the United States, bad for Israel and bad for all who recognize the critical importance of resolving this conflict now.

You got involved in J Street because you recognize how broken our politics are when it comes to Israel. Please get active in these critical two months that remain in the campaign.

Join the Future of Pro-Israel campaign, get engaged in J Street’s activities in your community. Sign up for our Rapid Response Network and help push back on the political shenanigans that erupt around Israel in every election cycle.

And we’ll keep you posted on the goings-on in Charlotte.