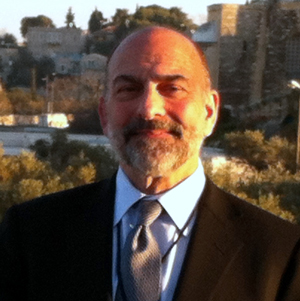 J Street Chicago Chair Mark Zivin has been with us from the very beginning. He says, “I had never been involved in politics until I got involved in J Street. But I joined because I believe very strongly that if we want Israel to get out of this cycle of perpetual war… then we have to make peace.” Next Friday, December 12, J Street Chicago will hold its annual luncheon, one of the largest local events of the year. Check out our interview with Mark, and find out why it’s so important to support a two-state solution at this critical time.

J Street: Tell me about the Chicago event that’s coming up.

Mark: Our annual luncheon on Friday is going to be a really dynamic event, as it always is. Last year, we hosted over 400 people, from local community leaders to national leaders like Senator Dick Durbin and Representative Jan Schakowsky. This year’s event will be focused on both the American and Israeli political aspects of getting to a two-state solution, with pollster Jim Gerstein discussing his election polling of Jewish voters and Jeremy Ben-Ami discussing recent events inside Israel.

[Sign up here for the December 12 luncheon in Chicago]

J Street: What motivates you to work for a two-state solution?

Mark: I believe that what makes the Jewish people special, what makes us a chosen people, is that as Jews, we choose to live according to very high moral and ethical standards. We commit ourselves to Tikkun Olam, to making the world a better place. The Israeli Declaration of Independence proclaims equal rights for all of its inhabitants, and it is important that these values not be eroded. Even as we defend ourselves from some very real, very terrible enemies, we need to always strive to live up to our principles and values.

J Street: What drew you to J Street?

Mark: I had never been involved in politics until I got involved in J Street. But I joined because I believe very strongly that if we want Israel to get out of this cycle of perpetual war, if we don’t want Israel to control another people forever, if Israel is to remain a Jewish and democratic state, then we have to make peace.

In my mind, J Street serves two important purposes. First, within the American Jewish community, we are opening up the debate, insisting that we have an honest and open discussion of what is going on in Israel and how we can help Israel be safe and still uphold its values. Second, we are sending a strong message to Congress that there is not a single, monolithic voice speaking for the American Jewish community. Rather, being pro-peace and pro-two states is the strongest way to be pro-Israel.

Mark: This is a place where folks tend to act from their heart, not their brains. Virtually every expert – both American and Israeli – concede that military action would not stop Iran’s ability to build a weapon. The most effective way to stop Iran from getting a nuclear weapon is an agreement with real teeth–with strong verification and inspections in Iranian facilities. J Street is playing an incredibly important role behind the scenes in making sure that these talks are not derailed by new sanctions. It is important for J Street supporters to let their Congressional Representatives know that they strongly support these negotiations. A call or email to their offices has a very real effect.

J Street: I know you’ll be coming to our fifth national conference in March. What do you say to others who are considering attending?

Mark: There are two reasons to come to DC. One is selfless, and one is selfish. The selfless reason is that one of the best ways to let Congress know that you support a two-state solution is by being there. It may seem crude to say it, but Capitol Hill pays attention to who and how many people show up. We have to go to the Hill and show these decision-makers that we aren’t giving up. A two-state solution is vital for Israel and for the US.

The selfish reason is that you will have a wonderful time. You will learn a lot. You will meet hundreds of people who share your commitment to Israel and to its democratic principles. And best of all you will be energized. Forget going to a spa – come to the Conference and come lobby on Capitol Hill. You will leave with a warm glow – guaranteed.