Some 330 Israeli, American, Canadian, and European Reform colleagues of the Central Conference of American Rabbis (CCAR) recently concluded a week of meetings in Israel, spending time in Jerusalem and Tel Aviv and traveling far and wide.

I had the privilege of introducing two programs that addressed the issue of the viability of the two-state solution, an issue of vital importance to J Street, to our entire community and to the future of a democratic Israel. The speakers included Knesset member Hilik Bar from the Labor Party, Elias Zananiri, the Vice Chairman of the PLO Committee for Interaction with Israel Society and on a separate panel Likud Knesset member Benny Begin, son of the late Prime Minister Menachem Begin. 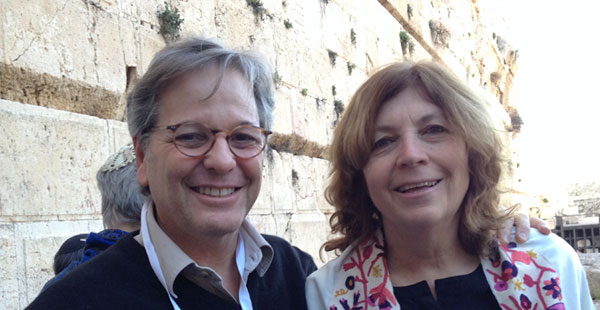 After sketching the political situation we now find ourselves in, with horrific knife attacks on Israeli civilians, continuing settlements and an almost total lack of mutual trust between the two nations, I challenged the speakers to address the following questions:

The first panel of speakers all agreed that there is no solution other than a two-state solution because Israel will either cease to be a democracy or it will cease to be a Jewish state. But Benny Begin argued that the Palestinian leadership can never and will never accept the legitimacy of the Jewish state of Israel in the Land of Israel and that a two-state solution would be an existential threat.

This split illustrated the deep ideological divide running through Israeli politics — that has actually been present within the Zionist movement since its inception. Well before the birth of the State of Israel, there were those Zionists, epitomized by David Ben Gurion, that held that the role of Israel was to provide a place for the liberation and self-determination of the Jewish people — and of course to provide them with a safe haven from persecution.

On the other side, there was the Zionism that focused more on the land of Israel than on the people of Israel. After the Six Day War in 1967 when Israel captured the West Bank, this strain of Zionism found expression in the settlement movement and has gained strength so that today its adherents dominate the government.You feel that division traveling around the country. In Jerusalem, the seat of political power, you find a landscape dominated by right-wing settler movement Jews who want to establish a “Greater Israel” where the Palestinians would be hemmed into enclaves with limited local autonomy but no real political rights. But in Tel Aviv, you find the country’s economic and cultural capital where differences between people and cultures are celebrated, Palestinian citizens have equal rights, LGBT Jews are accepted and Reform and secular Jews thrive.

Regardless of this ideological divide, most Israelis are just trying to get along under increasingly difficult conditions. The income gap has widened and poverty is growing. The cost of living is very high and most Israelis are working harder and longer for less.From the outside, it may seem as if the battle for Israel’s soul is already over and that the right has won. But this is far from the case. There is so much happening in Israel on a daily basis that can renew our faith in a different outcome and future.

I spent a day and a half visiting a High School in Lod that is dramatically improving educational achievement and bringing hope to more than 1,000 Palestinian Muslim students. We visited the Arab Jewish Community Center in Jaffa that brings together Palestinians and Jews to learn about each other. It has numerous programs to assist unemployed Palestinian women, and fights against the humiliation that comes with Arab profiling.

We visited one of only three or four Arab-Jewish preschools in the country in Jaffa (“The Orchard of Abraham’s Children”) led by a married Palestinian Sufi- Jewish couple in which 200 children and their families learn together and develop community and friendship.Every time I visit Israel, my hope in this grand experiment and miracle of the Jewish people is restored.

We hear so much bad news about what’s happening, and we who passionately support the peace movement and the two-state solution can become frustrated. Many are tempted to throw up their hands and give up.But I say that those who believe that Israel is a “failed experiment” are just plain and tragically wrong. Israel is and will be our people’s greatest hope. And we can’t quit the fight. As Israelis say, despair is not an option.